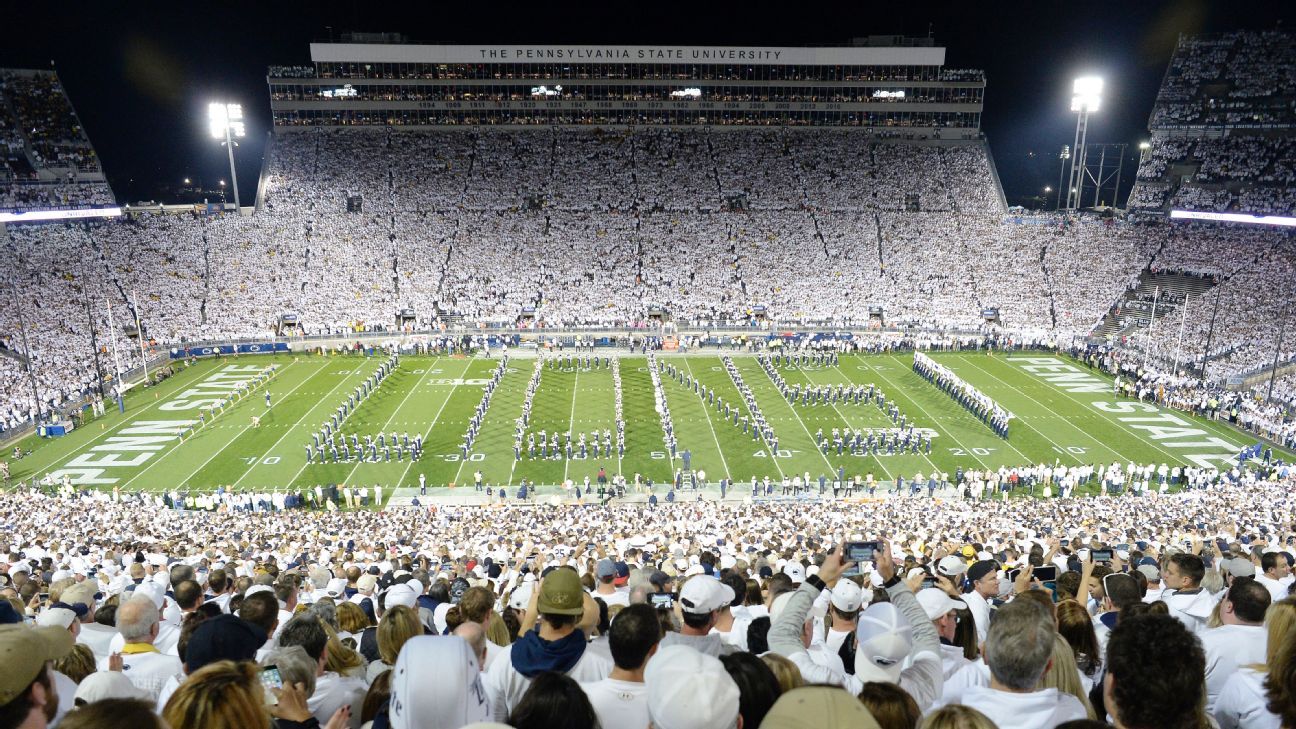 The first impactful decision regarding college sports’ return to play this fall is almost upon us.

The Ivy League will announce its plans on Wednesday for fall sports, which could include a shortened schedule or postponing the season until the spring.

Back on March 10, the Ivy League presidents decided to cancel their men’s and women’s basketball tournaments because of the coronavirus pandemic. It was dismissed by many — including some of the league’s players and coaches — as an overreaction, made by a league with a different set of priorities. Within 48 hours, Utah Jazz star Rudy Gobert tested positive for COVID-19, the NBA suspended its season and all NCAA sports were canceled.

Regardless of what the Ivies decide, the main question is this: Will their decision once again become a trend at the FBS level or will it be an outlier made by a league without the same structures and incentives as big-time college football?

“We all pay attention to it, just to see what’s out there, but I think their model is a little different than our model when it comes to football,” said West Virginia athletic director Shane Lyons, who also is the chair of the NCAA Division I Football Oversight Committee. “Is it definitely going to impact what we do? As a whole, not necessarily. We have to look at what we’re doing with testing and protocols and the safety and well-being of our student-athletes, making sure we’re doing the right thing from that aspect of it, to see if we can fill any type of season.”

Lyons’ statement reflects the general sentiment of athletic directors and conference commissioners interviewed by ESPN about the potential trickle-up effect, should the Ivy League decide to cancel fall sports entirely or postpone them in favor of a spring season.

Last week, TMG Sports reported the Ivy League is considering two possibilities for an altered football season, including forgoing the complete fall slate in favor of a seven-game, conference-only spring season that would begin in April and conclude in mid-May. According to the report, the conference also has been considering opening the 2020 season in late September with a seven-game schedule against only conference opponents.

Last Wednesday, the Ivy League announced it would make “a final decision regarding the status” of fall sports on July 8.

There’s no question the Ivy League could — and probably will — influence other FCS leagues as they grapple with the costs of repeatedly testing student-athletes for coronavirus. It’s arguably an easier decision to make at that level because the FCS sports receive institutional funding and support, so while an athletic department might feel the economic crunch the university is experiencing, it isn’t dependent upon college football or an accompanying TV contract to support its other sports.

“If it costs too much to maintain a healthy environment at our institutions and our communities, then we don’t play sports or we don’t return students to campus,” Patriot League commissioner Jennifer Heppel said. “We’re not going to compromise healthy and safety due to a football guarantee. That’s crazy. If we can’t do it safely, we’re not going to do it.”

It’s a mantra that has been repeated at every level, but while confidence has been waning with a recent surge in cases across the country, there is also an underlying sense that if FBS-level schools can play, they will.

“We haven’t been told by public health officials or our local doctors or our scientific consultants that we should stop doing what we’re doing,” said Big 12 commissioner Bob Bowlsby. “My feeling is you just keep putting one foot in front of the other until you’re advised it’s a bad idea. When we get that advice, obviously the safety, health and well-being of our student-athletes and staff is first. When we’re told, ‘This just isn’t going to work out,’ obviously nobody is going to be resisting that … but they haven’t said that to us yet.”

They have been collaborating more than ever, and each conference has been working on various contingency models since the spring, including a conference-only season, a delayed start to the season, a spring season and even the worst-case scenario — no season at all. Many commissioners and athletic directors have told ESPN that while a spring season is possible, it’s the least popular alternative right now. They cite the unknowns regarding the virus and vaccine in January, complications with the NFL draft and the risks of having players participate in two seasons in one calendar year as obstacles.

There won’t be any decisions to make, though, if campuses aren’t open this fall.

“It’s very unlikely that we would play fall sports — highly unlikely we would play fall sports — if we didn’t have our students back on campus,” said American Athletic Conference commissioner Mike Aresco. “If our presidents and chancellors didn’t feel it was safe to have our students on campus, it’s very hard to see college sports happening in the fall.”

As powerful as the Power 5 commissioners are, university presidents have been pushed to the forefront of the decision-making processes. Navy athletic director Chet Gladchuk told ESPN last week that the Patriot League presidents “pay an awful lot of attention to decisions that are made within the Ivy League.”

“Whatever the Ivy League does, I wouldn’t be surprised if the Patriot League gives it very serious consideration,” said Gladchuk, whose school is in the Patriot League for all sports except football. “It’d be typical of the way we’ve operated in the past.”

Heppel said the presidents’ response to the Ivy League announcement will carry significant weight not only within her conference but across the country.

“Yes, our presidents watch,” she said of the Patriot League, “but I would also argue that nationally presidents watch the Ivy League. Athletics directors and commissioners might not, but presidents are certainly looking at what the president at Harvard is doing.”

At least in the short term, though, it’s possible the Ivy League’s decision resonates more with its peers than the FBS conferences. The question is whether multiple decisions to cancel or postpone fall sports — even at the lowest level — snowballs into more.

“You’ll pay attention to it, but the Ivy League is different,” Aresco said. “At this point, I think the FBS has to make its own calculation and decision. The Ivy League decision will resonate to some extent, but I think we have to rationally look at our situation and say, ‘Look, can we do this safely?'”

It’s an answer the FBS schools seem to prefer to get to on their own.

Svitolina, Bertens withdraw from US Open
Jackpot: Vegas nets West’s top seed with OT win
After night of college football normalcy, MAC decision brings us back to reality
The Celtics will go as far as their young wings carry them
The cases for, against permanently expanding the NHL playoffs