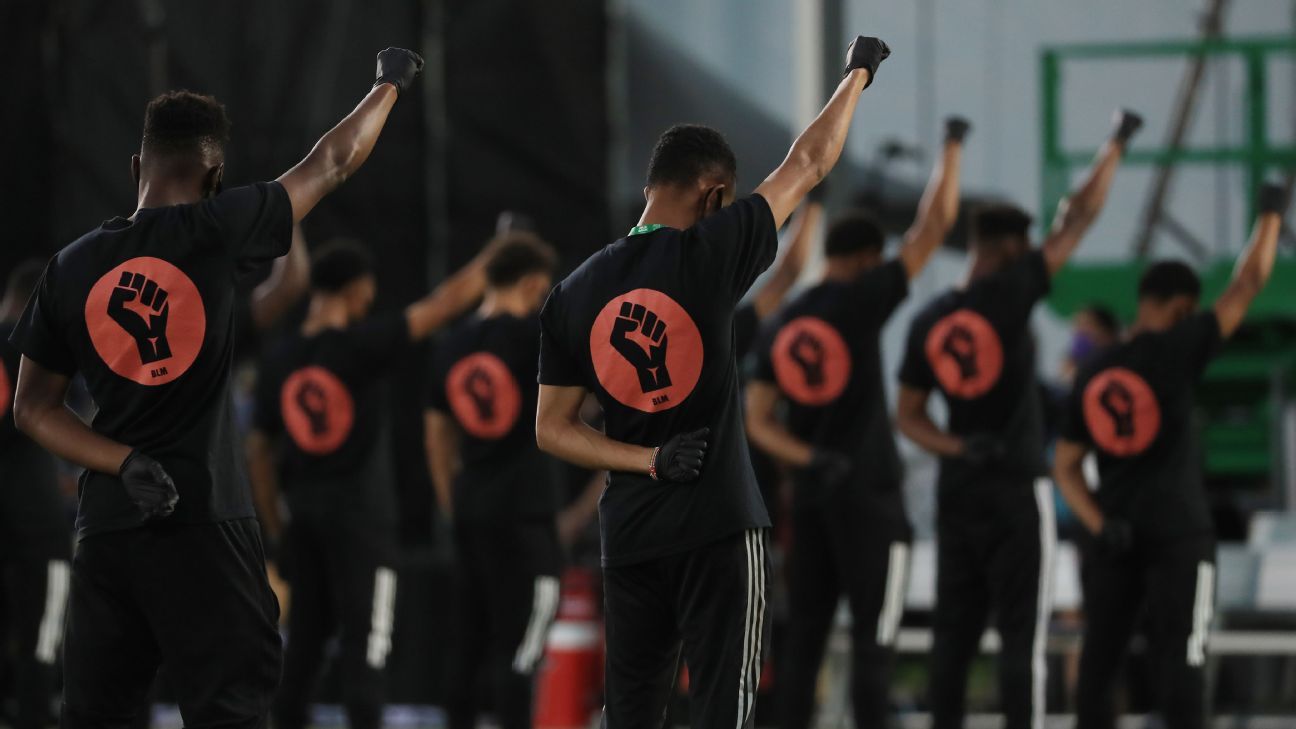 Over 100 Black MLS players raised their right fists and took a knee before the MLS is Back tournament opener on Wednesday in a show of solidarity with the Black Lives Matter social justice movement.

– Stream MLS is Back on ESPN networks, app | FC Daily on ESPN+
– The Undefeated: How the Black Players Coalition wants to make a change
– Schedule, TV info: What you need to know about MLS is Back

Some players wore t-shirts over their jerseys with the words “Black and Proud” and “Silence is Violence” before the match between Orlando City SC and Inter Miami CF, and both team’s starting players as well as the referees took a knee just before kickoff in Orlando.

Last month, more than 170 Black MLS players formed the Black Players for Change organization, whose goals are threefold: have a voice in all racial matters as it relates to MLS, increased Black representation in the MLS Players Association and the highest levels of MLS, and to have an impact in Black communities.

The kneeling protest was popularized by San Francisco 49ers quarterback Colin Kaepernick in 2016, and the gesture has again gained steam after the death of George Floyd, a Black man who died in police custody in Minneapolis in May.

The raised fist mirrors the protest against racial inequality by Americans John Carlos and Tommie Smith from the podium of the 1968 Mexico Olympic Games.

Information from Reuters was used in this report.