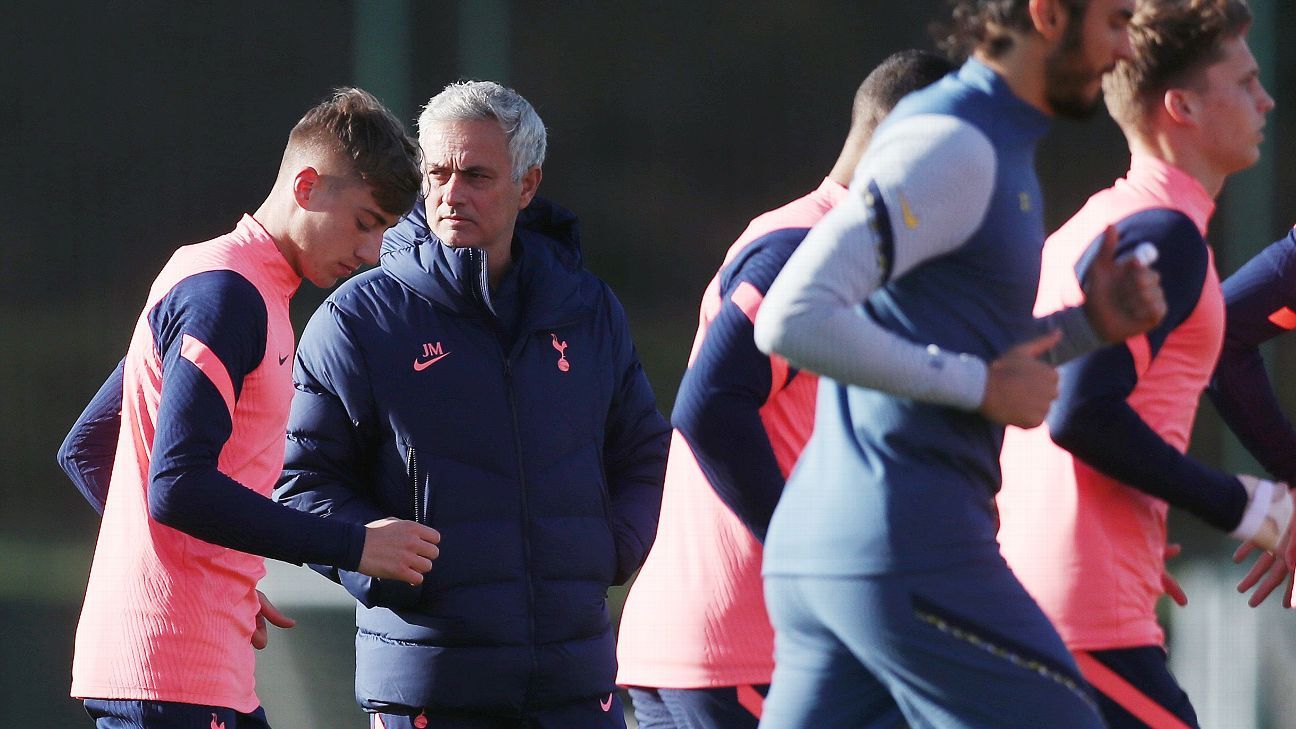 There’s a sense of fragility in the air when considering Jose Mourinho’s relationship with Tottenham Hotspur, but on the first anniversary of his appointment in north London, their marriage of convenience is much more stable than many anticipated.

The origin of the tension was this: Mourinho and Spurs chairman Daniel Levy appeared an awkward alliance given the former’s track record for lavish squad investment and the latter’s habitual parsimony, but they were united by an immediate need to win silverware. It was the only thing Mauricio Pochettino had failed to give Spurs in a remarkable five-and-a-half year journey, and the only thing Mourinho’s track record once seemed to guarantee.

And so, Mourinho arrived in north London last year tasked with achieving the one thing many felt he was no longer capable of: winning major trophies.

The 57-year-old has not always been the best ambassador for his respective clubs. His tenures are often marred by controversy and rancour, regular criticisms of his style of football and accusations of failing to promote youth before ending in bitter acrimony. But he wins. At least, that was the case until he failed to hit the required heights after winning the 2015 Premier League title, with Chelsea and, later, Manchester United, leaving Mourinho facing accusations of being an outdated manager whose concepts of stoic structure and siege mentality were left behind by the progressive, high-octane five-yard fury of Jurgen Klopp’s gegenpressing and Pep Guardiola’s tiki-taka.

Yet Mourinho renews his rivalry with Guardiola on Saturday when Tottenham face Manchester City, reinvigorated with Spurs impressing to the extent some believe they are on the brink of a sustained Premier League title challenge.

So, is Mourinho back? Or has he benefited from external circumstances to reach a familiar zenith in his typical three-year cycle?

Few of us who attended Mourinho’s unveiling at Tottenham’s Spurs Lodge training ground on Nov. 20, 2019, believed his declaration that he was humbler for his recent experiences. Palpably reveling in a return to the spotlight after 11 months out following his sacking by United, Mourinho projected a gregarious demeanour, punctuated with one-liners and underpinned throughout by an insistence he had changed for the better.

“I always thought that these 11 months were not a waste of time,” he said. “They were months to think, to analyse, to prepare. You never lose your DNA, you never lose your identity, but I have time to think about many things. During my career I have made mistakes.

“I am stronger, I am relaxed, I am motivated, I am ready and I think the players felt that in two days. I am ready to support them; this is not about me.”

Yet inevitably, Mourinho usually makes it about himself. He simply cannot resist moments for a pointed remark or needless needle, even the early handshake to avoid the cameras despite knowing full well by doing it that the media will pick it up. The typical portents of doom around him appeared sooner than expected, too, with the usual three-year trajectory of immediate improvement, elevation further still and then a calamitous crash condensed into the space of six months.

After starting by securing Spurs’ first Premier League away win with a 3-2 victory at West Ham in his opening match, Tottenham scored 14 goals in his first five games and reached the knockout stages of the Champions League as Spurs, not without intermittent slip-ups, gradually began to steady themselves. Mourinho even convinced contract rebel Toby Alderweireld to commit his future to the club with a new deal. However, the club signed Steven Bergwijn in January — a player Mourinho later admitted “wasn’t my first option” — had lost the fight to keep Christian Eriksen, and by March were out of the Champions League and the FA Cup after failing to win any of their previous six matches.

The negative mood around the club grew quickly, yet that shadow was quickly subsumed by the coronavirus pandemic spreading into the United Kingdom. Football was put on hiatus and Mourinho, albeit in dreadful circumstances, had a chance to pause for thought.

Mourinho had reservations about succeeding Pochettino in midseason. Never before had he taken a job without a full summer to work with his new players, and the chance to hold regular meetings during lockdown gave Spurs a proper change to reset, though it was clear that video chats weren’t enough.

Mourinho was forced to apologise in April when caught taking a training session on Hadley Common, with Tanguy Ndombele, Davinson Sanchez and Ryan Sessegnon pictured going through their paces despite the government having issued a nationwide stay-at-home order. Sources have told ESPN that Spurs were one of the last Premier League teams to suspend training prior to lockdown, a further sign that Mourinho felt he was playing catch-up behind the scenes.

But arguably of greater significance, the hiatus gave Spurs a chance to shorten an injury list that included Harry Kane, Son Heung-Min and Moussa Sissoko. Bergwijn and Dele Alli (when it mattered) were also unavailable, leading Mourinho to liken his forward line to a “gun with no bullets,” and forcing winger Lucas Moura to play through the middle as an emergency striker.

The Brazil international’s involvement perhaps underlines the change in wider squad availability. He started 23 of Mourinho’s 26 games in charge prior to lockdown, but this season, Moura has started just seven of 15 matches and only one Premier League game since Sept. 27.

Spurs were reenergised after the lockdown. Five wins and three draws from their final nine games secured fifth place and offered grounds for fresh optimism. Arguably no club benefited more in a purely footballing sense from the enforced break; not only were players able to recover physically, but the unexpected pause enabled those suffering from mental exhaustion an opportunity to gather themselves after the intensity of the Pochettino era.

And all the while, the Amazon documentary cameras rolled.

Don Hutchison believes Man City needs to make a statement vs. a Tottenham side surging up the table.

Mourinho made no secret of his loathing for the constant intrusions. On the day of his unveiling, when asked how he felt about the unprecedented scrutiny of a 24/7 film crew, Mourinho put a solitary finger to his pursed lips and pointed down at a mic pack attached to his trousers. Someone was always listening. However, the documentary series was well-received, with Mourinho the undoubted star. And it inadvertently became an opportunity for Mourinho to prove he really had changed, that there was more to him now than the miserable Machiavellian caricature that had followed him around the sport for years.

“Coaches last longer than players,” he said this week. “One of our qualities has to be to adapt to them and adapt to the new times.”

Yet there are still signs of his old siege mentality that characterised his most successful periods, and players are marginalised consistently, often without warning — just ask Alli. But rather than taking a small group and working them into the ground, Mourinho is showing he can work with a bigger group and, significantly, give players a second chance. Ndombele’s career at Spurs looked over earlier in the year, mere months after becoming the club’s record signing in July 2019, but the midfielder has started Tottenham’s past five Premier League games and appears a key cog in the wheel.

It might be a positive legacy of the Amazon documentary that Mourinho has realised the benefits of showing different aspects of his character outside the conventional, linear news conference format. Perhaps it’s what led him to embrace Instagram this season, recognising the bond that can be forged, particularly with fans still banned from attending matches. And this time, Mourinho can do so while entirely controlling the messaging on his own channels.

In another sign of his growth, Mourinho hired Joao Sacramento from Lille as his assistant after working with Rui Faria in previous roles. Sacramento is a different, less confrontational character for the most part, and the pair have helped players train on.

Eric Dier looked somewhat lost toward the end of Pochettino’s reign, but he is arguably the club’s most important defender, making good so far on his aim of establishing himself as a top centre-back. Kane and Son have taken their partnership to another level, and the club have invested wisely around them. Matt Doherty, Sergio Reguilon and, most significantly, Pierre-Emile Hojbjerg have brought greater defensive stability. Hojbjerg is vital to the balance of Mourinho’s team, providing the platform for those further forward to wreak havoc.

With Carlos Vinicius and Gareth Bale also joining the ranks, Spurs struck the perfect balance this summer between improving their squad while also remaining relatively frugal, and the conditions now are ripe for Mourinho to take Tottenham where they want to be.

Only Liverpool (82) and Manchester City (68) have taken more points than Spurs (62) since Mourinho arrived. Whether they have reached this point by luck or design — the evidence suggests it is a combination of both — the Premier League returns this weekend with Spurs in second place and fully primed to take the next step. It is technically his one-year anniversary, but it feels like the second season, the time when Mourinho really delivers.

Spurs might have scored seven against Maccabi Haifa, six at Manchester United and five at Southampton, but the past three League wins, over Burnley, Brighton and West Brom — all by the odd goal — bore the hallmarks of the more dogged Mourinho of old.

The season continues, with games against Manchester City, Chelsea, Arsenal, Liverpool and Leicester all before Christmas. It will be fascinating to see which Mourinho — and which Tottenham — turns up. 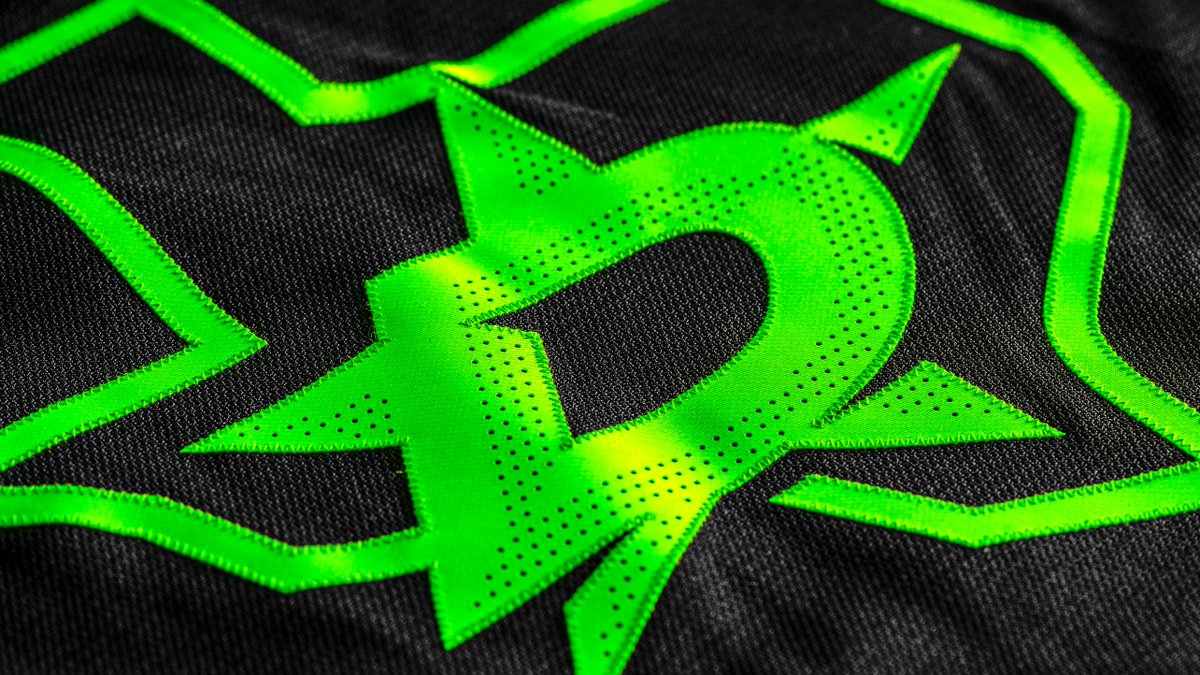