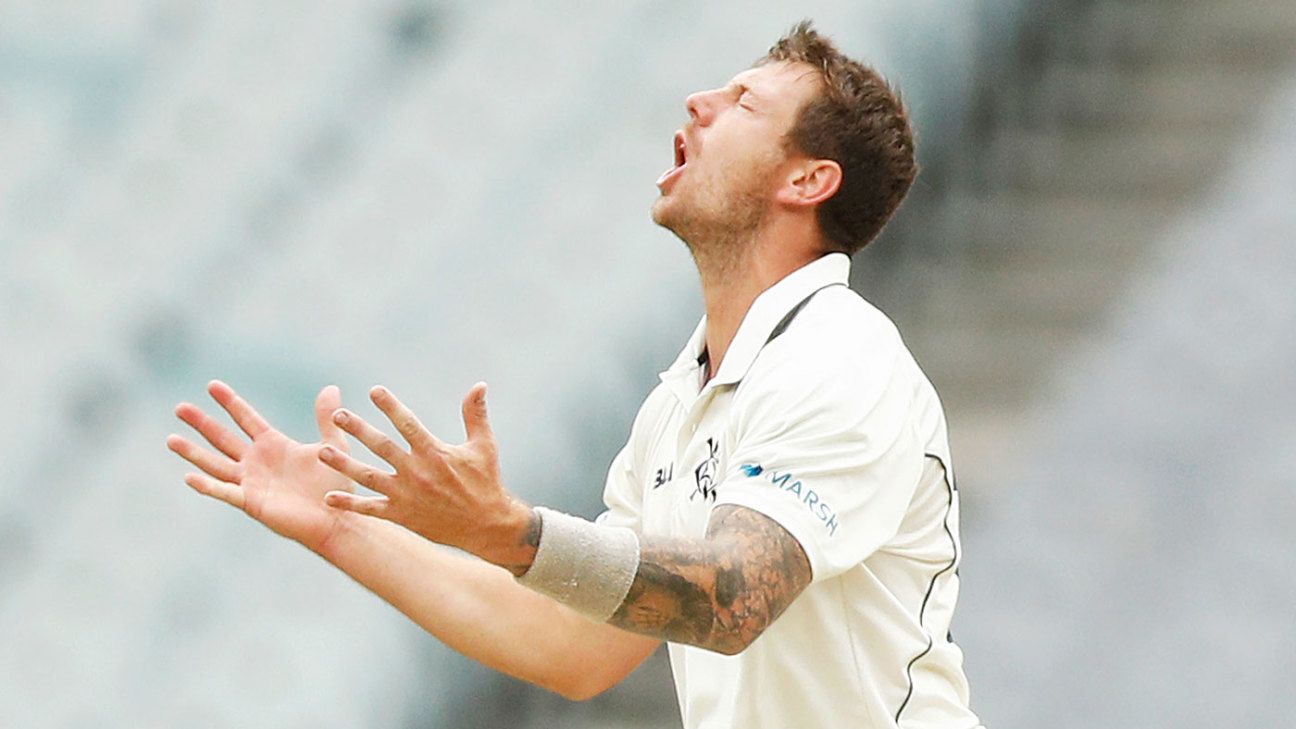 Australia quick bowler James Pattinson concedes he’s a long shot to make the squad for the T20 World Cup in India in October and November but has his eyes firmly fixed on playing in his third Ashes series at the end of the year.

Pattinson, 30, is a fearsome strike bowler at his best but back injuries and Australia’s fast-bowling depth have conspired to restrict him to 21 Tests since he made his debut a decade ago.

He was reduced to tears when a back stress fracture ended his first Ashes campaign after two Tests in England in 2013 and he underwent spinal fusion surgery four years later in desperate attempt to fix the recurrent problem.

The results have been impressive and Pattinson reckoned he was as fit as he has been in a good while as he prepared to lead the Victoria attack in the Sheffield Shield this week.

“There’s plenty of time, I’m only 30 now. There’s obviously the Ashes next year, which is probably the next challenge.

“I’d love to play all formats but I haven’t played [enough] T20 cricket. I’ll be focusing more on pre-season and putting all my eggs in trying to get ready for the Ashes.”

Pattinson featured in two Tests when Australia retained the Ashes in 2019 but failed to get on the field during this season’s home series against India, missing out on possible selection for the last two matches after a fall at home.

“You’re sitting in a hub and you’re 12th or 13th man for Australia – which is fantastic – but … you’re missing out on playing cricket,” Pattinson added. “You’re bowling in the nets and at times it can be frustrating as a 30-year-old when you’ve done a lot of that already.”