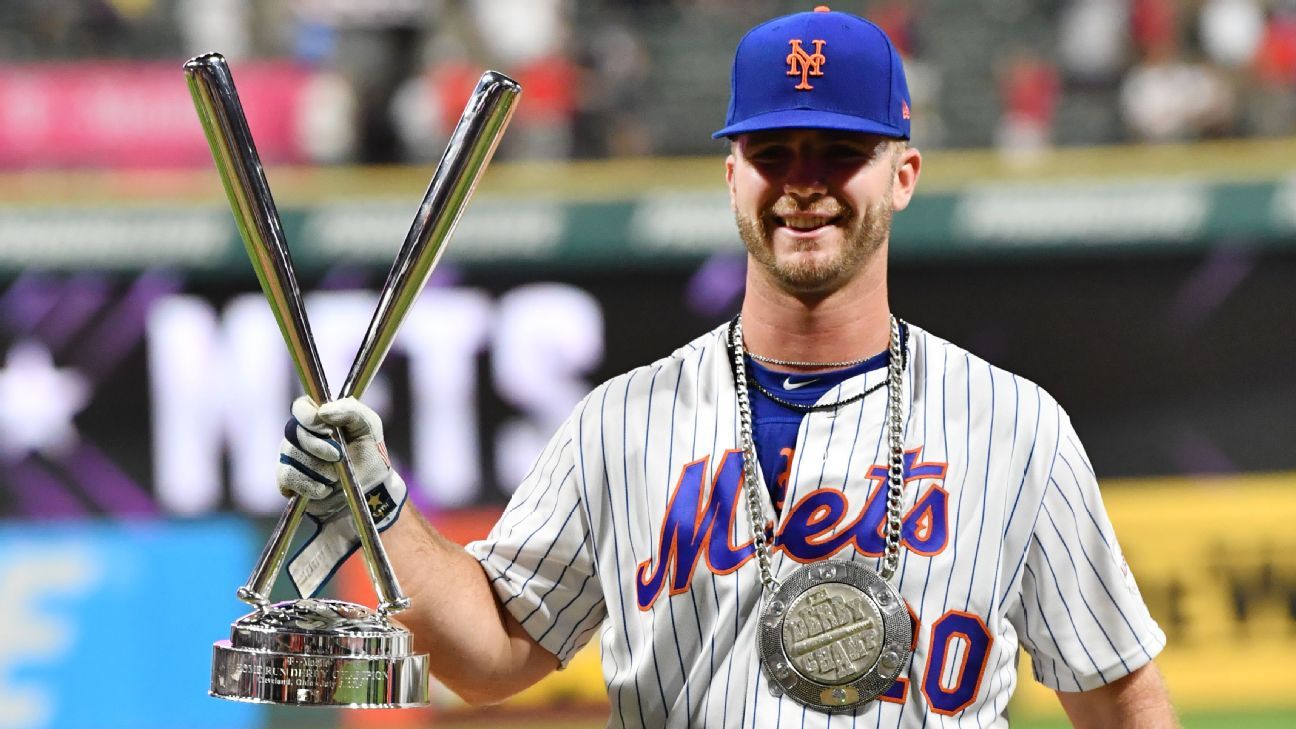 Alonso won the contest the last time it was held, in 2019, edging fellow rookie Vladimir Guerrero Jr. at Cleveland’s Progressive Field for his first derby title.

“I’m all-in,” Alonso said Thursday afternoon from Wrigley Field, where the Mets finish up a three-game series with the Chicago Cubs. “I’m ready. If I get invited, I’d love to do it. I’d love to defend my title.”

Alonso committed to the derby the day after hitting a monster home run that landed on the street beyond the left-center-field bleachers at Wrigley Field. It was measured at 429 feet.

“I’m very happy that ball went far,” Alonso said. “I think Statcast kind of stumped me. I think that ball did not go [only] 429 feet, but that’s what the computer says, and I think the computer is wrong.”

Alonso’s longest home run of his career was measured at 485 feet. He thinks Wednesday’s long ball was closer to that figure than 429 feet.

“If that ball went 429 feet, that’s the shortest ball that’s ever left this stadium,” Alonso said. “I’ve hit plenty of balls here that have gone 430 feet, but if a ball leaves the stadium, there’s no way that ball went only 429 feet.”

Alonso has three home runs this season entering Thursday night’s game against the Cubs. He led the majors with 53 in 2019, his rookie year.

He enjoyed Wednesday’s homer as much as any he has hit.

“That was one of my favorite home runs I’ve hit,” he said. “That’s top five for me.”

It appears patience is no longer a virtue for the Rangers
Fist Period: Caps, Rangers fight right out of gate
Zverev trips Nadal in straight sets on Madrid clay
‘That was shocking to me’: College coaches on the NFL draft’s best fits and biggest drops
A&M’s Fisher says he’s confident in beating Saban